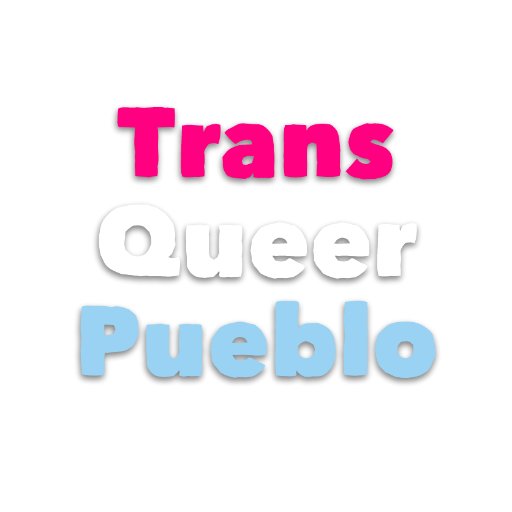 Trans Queer Pueblo, formed in 2016 as a merger between Arcoiris Liberation Team and the Arizona Queer Undocumented Immigrant Project, is a grassroots group working for the liberation of trans/queer migrant communities in Phoenix, both in side and outside of detention walls. Their key programs fall in four areas: Economic Justice, which builds the economic resilience of formerly detained people; Community Defense, which organizes and builds leadership of trans women; Health Justice, which facilitates access to primary care services and builds leadership of health promoters; and Family Acceptance, which supports and organizes family members of LGBTQ immigrants to engage in migrant justice work. They have organized successful case-by-case advocacy campaigns to free LGBTQ immigrants from detention. They also contributed to winning access to gender-affirming and migration-affirming municipal IDs through participation in the OnePhoenixID campaign and effectively mobilizing immigrant parents to speak out at school and community forums throughout the city.

Stephanie Figgins is the Media Coordinator for Trans Queer Pueblo (TQP), a Phoenix-based organization partnering with LGBTQ people in detention with I.C.E. in order to assist with their release and provide for their post-release needs. Most recently TQP publicized a letter authored by 29 trans people in ICE detention who detail abuses perpetrated against them within what Ice describes as a “safe pod” for transgender women.

Stephanie Figgins: We are an LGBTQ migrant-of-color community that works on building community power in order to assure the end of the criminalization of our people.

We run a clinic for undocumented LGBTQ folks where they can get completely free medical services; we also have our Liberation Program, where we’re constantly in touch with folks who are in detention in Arizona, but also working with the Cibola 29 in New Mexico helping to get them out (mostly without the assistance of lawyers). We also have a community defense program through which we offer a six-month course for people who are undocumented but who want to change their status. We teach them about their options under the law for visas or asylum. So many of the people we work with qualify for visas or asylum, but just didn’t know it. We actually have an extremely high success rate of getting people asylum.

RR: Why are LGBTQ people more often eligible for asylum?

SF: Overwhelmingly, what we’ve seen in Central America is that often the police are the perpetrators of the violence against LGBTQ folks, and they systematically turn a blind eye to violence committed against trans people. It’s crucial to remember, by the way, the links between those police forces, the military forces with which they are typically entangled, and the U.S. government, which funds both.

RR: Can you tell me about the letter you’ve helped to publicize offered by the group you’ve just mentioned, the Cibola 29?

SF: In June, our Liberation Coordinator Karla Bautista Chonay received a letter, three handwritten pages in Spanish which was the amazing product of a group of non-binary people who have self-organized within the Cibola County Correctional Facility, a for-profit detention center in New Mexico. The authors were placed in a unit specifically designed for transgender women.

RR: So does very existence of that unit and others like it indicate that trans people are having their needs recognized and taken care of under ICE custody?

SF: That’s actually the very myth behind these so-called “safe LGBT pods” and that this powerful letter should debunk. Because these authors wrote us in order to document the abuses they suffer under I.C.E. People are having medication as well as other basic day-to-day needs denied them, which has created a life-or-death situation in these places.

We’re in a moment when those of us organizing outside such facilities can learn a lot by following the leadership of those who are actually detained. That’d actually a lot of what Trans Queer Pueblo Liberation project is about: following the leadership of those who know what it’s like inside and recognizing their humanity not only as people who deserve to be free but as people who are have a poetic ability to realize political struggles.

RR: So what happened after you received the letter?

SF: We read the letter and realized, “Hey, this is the moment,” and simply followed their instructions to help make it go viral. We shared with the journalists we know, used our allies on social media to share it widely, and it has helped publicize our ongoing campaign to assist trans people like these authors who are suffering in ICE custody.

RR: How can readers who wish to assist TQP offer help?

SF: The biggest thing we need right now are sponsors. For precisely the reasons documented in that letter, people applying for asylum would prefer to be outside these facilities as they pursue their cases. But in order for a judge to order an individual’s release, they have to establish that they are not a flight risk. The way to satisfy that requirement is to have a resident or a citizen of the United States vouch for them.

By the way, this is especially an issue for queer or trans people, because think of the way so much of the language even on the progressive side of this debate is organized around nuclear families. We’re all understandably upset about and talking about family separation; a lot of the organizing we’re seeing right now is based around reuniting parents and children or husbands and wives, but many queer folks don’t have that same family support system, especially here in the United States. So we need to create networks of supporting people who can be their family.

Those sponsors volunteer a spare bed—or even a spare couch—along with say $40 a month for needs such as groceries or clothing. People coming out of detention, of course, don’t have permission to work, and so we need people who have these resources to offer for say a few months. My mom, for example, who was a migrant from Peru but who now has the economic resources to help, has been sponsoring a lesbian couple from Guatemala who got out of detention in April. We want to get folks on their feet as quickly as possible, and work with sponsors in order to figure out what it will look like in each individual case.

Anyone who wants to contribute funding for Trans Queer Pueblo, or to volunteer to serve as a sponsor for an individual in need of assistance, can contact us through our website, www.tqpueblo.org.