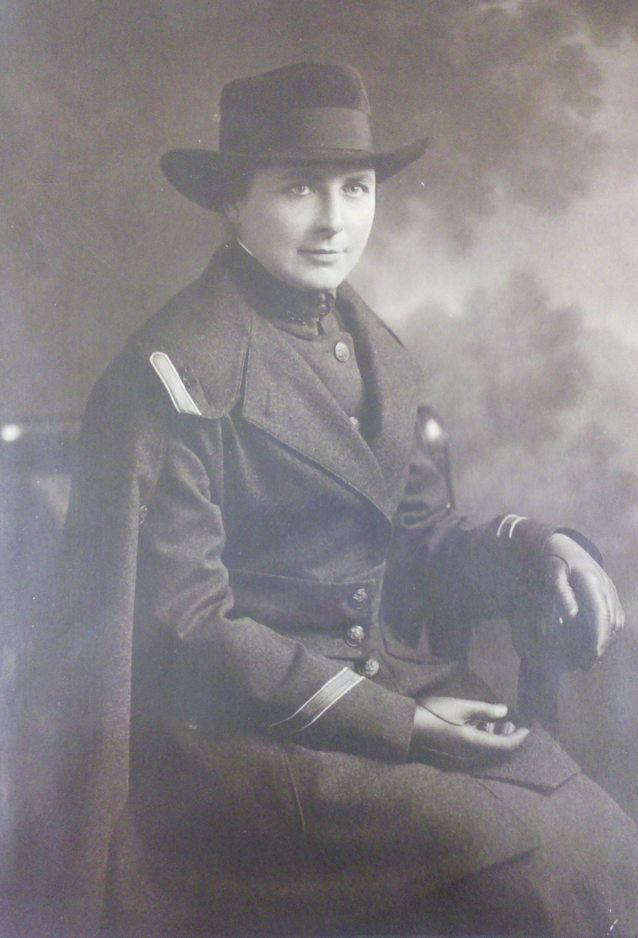 As we assess the historical record as part of the project that is The Revolution (Relaunch), it can be useful to acknowledge the shifting role of language in uncovering — or rendering invisible — a past that exposes the history of contemporary issues such as racism and sexism. Fpr instance, commonplace racist, sexist, and archaic terms fill newspapers, books, and archives. Feminism was not used anywhere until the 1890s (first in France and rarely positively, of course), and it was infrequently used until decades later. Gay and queer did not tend to imply what they do today, and lesbian suggested mental illness to such a degree that one is hard-pressed to find even the most “out” woman embracing the term in the early-20th century. Yes, a woman could desire only women, intimately live with one for years, but not be a lesbian.

Typed on what are now 100-year-old pages, a handful of poems discovered in an attic offer a glimpse of the inner life of Ina E. Gittings (1885-1966). Gittings’ archival presence covers several states in the American West and Midwest, given her status as a nationally-recognized physical educator with a decades-long career at three universities. These include University of Nebraska, University of Montana, and finally, 35 years at University of Arizona. But at her death, family members gathered to empty her small home on Helen Street in Tucson and, as reported by a great-nephew, they “threw out all the steamy love letters,” boxes spanning decades going back to World War I. Sigh… In 2014, one of Gittings’ nieces stated that, although her father—Ina’s much-younger brother—adored his sister, her mother did not, “because of her lifestyle,” clarifying, “she was a lesbian.” No records suggest Gittings ever used that term as a self-descriptor, even as the poems’ author never married and variously termed herself “the gypsy lover” or “a woman in love” in poems directed to women. When downsizing in 2016, the same niece came across this small batch of poems with a round head fastener shoved through their collective body.

Plenty of mysteries surround her poetry, but perhaps at times it is at least as intriguing to leave well enough alone and let poetry speak for an author who lived a public life—and by all accounts, not one of agony, self-loathing, or isolation. What do we make of poems, initialed and, sometimes, dated by the author, with tantalizing dedications such as “To W.”? A sample follows, likely raising more questions than it can ever answer.