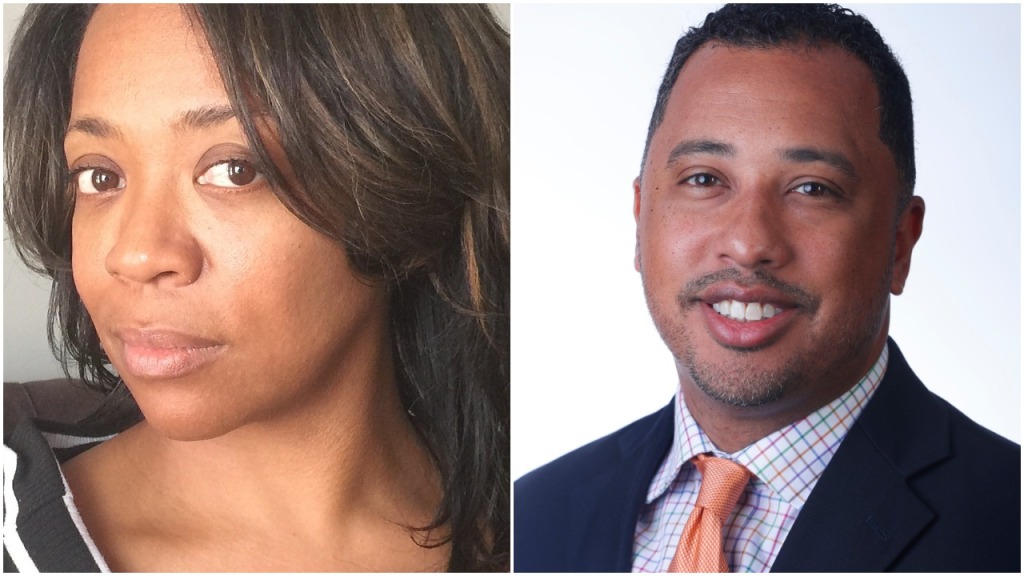 As many Americans celebrate Independence Day, I’d like all of us to consider the Fourth of July speech, “The Meaning of July Fourth for the Negro,” delivered by abolitionist Frederick Douglass in 1852.

Douglass: Are the great principles of political freedom and of natural justice, embodied in that Declaration of Independence, extended to us?

Therosia Reynolds: I am having an epiphany, and it hurts.

Greg Moore: The promise that all people are created equal. Does this then not apply to me? It must apply to me on some level, or else you wouldn’t be standing here listening to me. [Douglass] shows the hypocrisy of it.

Reynolds: No. You can’t say that you believe in freedom. America was founded on stealing someone’s land. You can’t divorce a thing from its origins. You can’t fix a system that isn’t broken. It’s intended to work this way. Naw, they lied. The great hypocrisy of America…celebrating freedom while folks are enslaved.

Moore: [Douglass] knows full well that there’s going to be white men in that audience that are going to be like the Negro clearly is beneath the white man.

Douglass: …I say it with a sad sense of disparity between us. I am not included within the pale of glorious anniversary! Your high independence only reveals the immeasurable distance between us.

Moore: [Douglass] is saying listen, I am going to speak to you in the language that clearly is not the language of the [commoner]. You’ve got to read these words and know the structure, the way that he is talking. [These are] the thoughts and ruminations of an educated man. That must have been intentional on his part to make the case that of course he deserves protection under the promise. Of course, this ought to apply to him and to people like him.

Reynolds: How do we fill the gap, braving this new pathway? I want to see [brown and black] Americans have peace and be free. It may take another 400 years to get there. I have to be okay with not knowing what that looks like.

Moore: Listen, we’re in the midst of the Black Lives Matter Movement sweeping the nation. We know the story of Michael Brown’s death. We know the story of all the deaths that have come after, and it’s almost like some grim initiation ritual, like how many can you name? Alton Sterling, Philando Castile, Tamir Rice. Does Trayvon Martin count or not? Does Ahmaud Arbery count or not? Breonna Taylor. George Floyd. Dion Johnson. We can be here all day, doing this, and what we know is that black people are at risk, and it’s scary.

Douglass: …No abuse, no outrage whether in taste, sport or avarice, can now hide itself from the all-pervading light.

Moore: And it’s only right now when the world is kinda locked down because of this virus. It’s just us with our world. We’re locked in, and we’re all paying attention.

Reynolds: [drawing upon a Bible verse, Hebrews 4:13] …All things are naked and opened unto to the eyes of him with whom we have to [deal]. Facing God, our truth, an understanding, Karma as in what goes around comes around. Systemic abuse of a people will bring an esoteric pushback—a check and balance to this world.

Moore: …all of the different justifications that are basically perversions of science and logic to try to justify treating human beings as beasts of burden. Frederick Douglass basically gave a speech where he said yeah, except none of that’s true, and I know it, and you know it, and we both know that you know it. And now it is with that if you continue to do this, you’re in full awareness of the evil that you’re perpetuating.

Frederick Douglass closed his Fourth of July speech: In fervent aspirations of William Lloyd Garrison, I say, and let every heart join in saying it:
God speed the year of jubilee
The wide world o’er!
When from their galling chains set free,
Th’oppress’d shall viley bend the knee,
And wear the yoke of tyranny
Like brutes no more.
That year will come, and freedom’s reign,
To man his plundered rights again
Restore.

Moore: And the expression that I am my ancestors’ wildest dream rings true. We can’t lose sight of the blessings that we have and the progress that was made, but we have a long way to go to make things more even, to give our kids a better shot, and to get America to live up to the promises that it was founded on.

Reynolds has worked toward restoration in multiple ways. As of a late, she has been upending dehumanization by producing a Black Love painting series. Note that the age-old archetypes—mammies, black bucks, or licentious sapphires—will not be pictured. Peruse, instead, love personified in the likes of the Obamas, Celia Cruz and Pedro Knight along with Ossie Davis and Ruby Dee. In the Fall of 2021 at a venue yet to be determined, Therosia Reynolds will reclaim black bodies and honor black love.

Moore has shocked his audience and others in his field with his take on sports. He has even gone further to intersect sports with race and culture, writing pieces that advocate for black lives, threatened by systemic racism in policing and socioeconomic disparities made apparent during Covid-19 pandemic.

Learn more about the work of Therosia Reynolds at the Out Hustle Your Struggle page, and explore race, culture and sports pieces by Greg Moore.

Nova Baize is an editor for TRR.